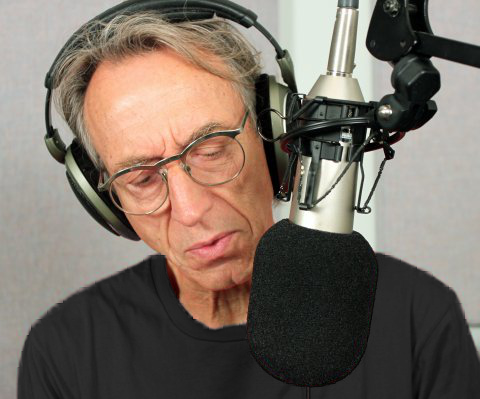 For decades, David Basse has been at the forefront of the music scene in Kansas City, taking the torch from such legends as KC Jazz pioneers Charlie Parker, Count Basie and Jay McShann.

A jazz drummer and vocalist since the 1970s, David’s singing has been compared to Mel Tormé, Jon Hendricks and Al Jarreau. Other reviewers hear elements of Ray Charles and Dr. John. Whatever listeners hear, they respond enthusiastically. David and his band, The City Light Orchestra, have been featured on “Wolf Trap and All That Jazz” and played at the 1997 Inaugural Gala for President Clinton. If you have tickets to the Kansas City Chiefs, you can often hear David’s rendition of “Strike When the Iron Is Hot” used to fire up the crowds.

David came to radio in 1999, stepping behind the microphone for KKFI-FM in Kansas City. When Kansas Public Radio was looking for a host to take over The Jazz Scene, David’s insight and background made him a natural choice. He has hosted the show since 2001, winning a Kansas Association of Broadcasters award along the way, while KPR’s jazz department won a JazzWeek award for “Best Jazz Station - Small Market.”

His latest venture is the nationally-syndicated radio show Jazz with David Basse, where he curates and hosts 15 hours of jazz every week, offering up “the depth and breadth of jazz” along with snippets of interviews with artists, anecdotes and insights from his decades-long experience in the world of jazz.